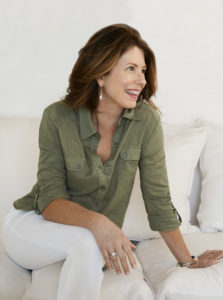 Paula McLain’s critically acclaimed New York Times bestselling novel The Paris Wife has been a publishing phenomenon, with over 1.5 million copies in print. Painting a more complex portrait of Ernest Hemingway than many of us have come to expect, it transports us through his first wife Hadley’s eyes into the sumptuous, bohemian world of 1920s Paris and into the heart of a marriage that played a pivotal role in Hemingway’s budding literary career. The immediacy and intimacy of Hadley’s voice is irresistible; and as a woman coming into her own amid such literary legends as Ezra Pound, Gertrude Stein, F. Scott Fitzgerald, and her own husband, Hadley emerges as an unforgettable heroine.

McLain’s Circling the Sun, the remarkable story of pioneering horse trainer, adventurer, and aviator Beryl Markham, from her childhood in British East Africa to her relationship with hunter Denys Finch Hatton and her rivalry with Out of Africa author Karen Blixen—a notorious love triangle that changed the course of Markham’s life. Markham was the first woman to earn her license as a professional racehorse trainer, one of the first people in Africa—and the world—to have a commercial pilot’s license, the first bush pilot to successfully scout game from the air for safari hunters under impossibly dangerous circumstances, and the first woman to fly the Atlantic solo, east to west, the “hard way.”

McLain returns to the timeless subject of Ernest Hemingway, this time through the prism of his stormy relationship with the incomparable Martha Gellhorn, a force of nature who carved her own way in a man’s world in her novel Love and Ruin, a New York Times bestseller and the first book about Gellhorn’s life. In McLain’s words, “Gellhorn was incandescent, a true original with brass and vivacity and courage to spare. I was instantly under her spell.” McLain’s beautifully rendered portraits of unsung women throughout history has made her popular with audiences of all varieties, and she speaks across the country, about her research, the compelling characters have that inspired her fiction, and insights into the writing process.

She received an MFA in poetry from the University of Michigan and has been awarded fellowships from Yaddo, the MacDowell Colony, and the National Endowment for the Arts. She is also the author of two collections of poetry, a memoir, Like Family: Growing Up in Other People’s Houses, the debut novel, A Ticket to Ride. She currently lives in Cleveland with her family.